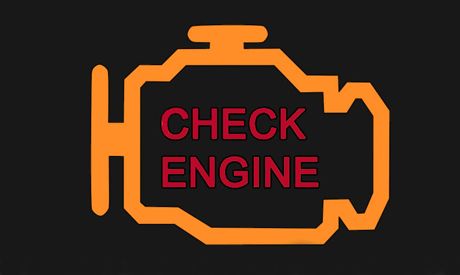 But that being said, there are several reasons why the auto-makers stopped putting oil pressure gauges in their vehicles and started using “Check Engine” lights instead:

1 – To save money and boost profits on their vehicles

Since lights are cheaper than gauges, replacing the oil pressure gauge with an oil warning light saves the company a few bucks on every car they make. And that boosts their profits.

Back when cars had an oil pressure gauge many drivers had no clue how to read it correctly.

And since it was in view at all times it was very easy to miss a “bad” reading on the gauge when an issue arose with the engine oil.

Replacing the oil pressure gauge with an oil warning light made it a lot easier for the average driver to quickly spot a problem after it arose.

After all, when you suddenly see a light that you’ve never seen before come on it’s pretty hard to miss it.

Modern cars have a built-in computer system that monitors dozens of critical and not-so-critical engine, electrical and mechanical systems.

If they included a gauge for every single item that’s being monitored your car’s dash area would resemble the cockpit of an airplane.

As you can see, the “Check Engine” light is far from useless.

It’s actually a very effective tool for helping detect a problem early so it can be repaired before the issue has a chance to cause additional problems with the vehicle.

When your car’s computer system detects an issue with any one of the dozens of systems it’s monitoring it’ll turn on the “Check Engine” light to alert you that there’s an issue that needs to be checked out ASAP.

Every system that’s being monitored has it’s own “error code” that alerts the mechanic to the nature of the problem.

Having that code makes it a lot faster and easier to diagnose and repair most any problem that might arise with your car, and that will save you money on repairs as long as you take your car to an honest repair shop.

Bottom line: As you can see, there are legitimate reasons why the auto-makers decided to replace some of the gauges in their vehicles with warning lights.

Luckily, you don’t have to take a mechanic’s word for what’s causing your car’s “Check Engine” light to glow.

You can check the error code yourself with a very inexpensive automotive fault code reader.

Simply plug the code reader into your car’s handy OBD II port and it’ll tell you what the issue is that’s causing the “Check Engine” light to glow.

That way you’ll have a general idea what’s wrong with your car before you even take it to the repair shop, and that’ll (hopefully) prevent you from getting ripped off by a dishonest auto mechanic.

Truth be told, the vast majority of the mechanics out there are completely honest and trustworthy. But as with any other profession, there are some bad apples in the bunch as well.

If you’d like a few more tips that can help you avoid getting ripped off by a dishonest mechanic, watch the short video below.

Note: As always, you can watch this video at full screen
by clicking the “square” icon in the lower right-hand
corner of the video.