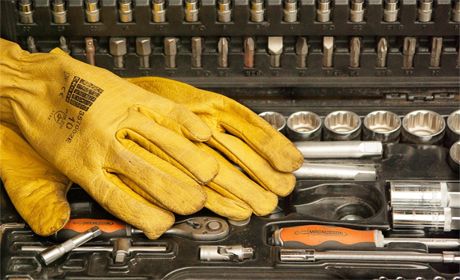 If you’ve ever shopped for a tool kit you know the manufacturers always prominently display the number of “pieces” that are included in the kit.

And why not? All other things being equal, the more tools in the kit, the better. Right?

Well, truth be told, that answer to that question could well be no, depending on what those pieces consist of.

Here’s just one example to illustrate what I mean…

I was shopping for some items in my local home improvement center the other day and I noticed they had several different mechanics tool sets on sale.

Naturally, one would assume that the extra 45 pieces should well be worth the extra $70, but a close look at the pieces that were included proved that to untrue.

As it turns out, both kits had the same number of ratchets, sockets, wrenches, screwdrivers and other essential tools, and those tools came in the same exact sizes and specs.

However, the 265 piece kit came with a 45 piece bit set that wasn’t included in the smaller kit.

By “bit set” I mean different sizes and types of screwdriver bits that you insert into a single ratcheting driver handle. (The driver handle itself was included in both kits).

What it all boiled down to was they were charging $70 for a bunch of screwdriver bits that would probably be used only rarely, if ever.

That isn’t to say the 45 piece screwdriver bit set is worthless. It isn’t.

In fact, I found the same exact bit set for sale in a nearby aisle for a whopping $17.95!

Yep, they were essentially charging $70 for an $18 bit set simply because they had added it to another tool set.

That’s just one example of why you need to pay close attention to what you’re really getting when you buy a tool kit.

When it comes to the number of pieces, sometimes more isn’t really better (as in a better deal)!

To finish up, here’s a fantastic short video with some tips for properly cleaning your tools to make them last a lot longer. Check it out!