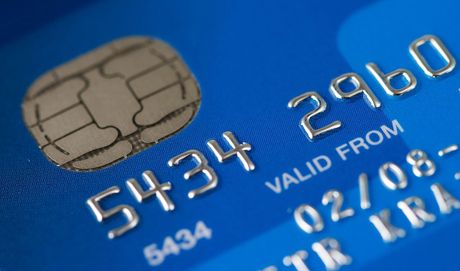 Countless credit cards and debit cards are stolen every year and used by the thieves to make purchases online.

Most experienced thieves prefer to use stolen cards online because there’s less chance of them getting caught than if they used them at a local brick and mortar store.

Luckily, there’s a very easy way to make it extremely difficult for a thief to use a card he has stolen from you to make a purchase from a web-based retailer…

Simply remove the CVV security code from the back of your card(s)!

If you do any online shopping you’re probably used to having to enter your card’s three digit CVV security code along with the card number.

The purpose of the CVV code is to prove that you have possession of the physical credit or debit card instead of just the card number (which is a lot easier to steal than the actual card).

If a crook attempting to use your stolen card online is unable to enter the CVV code, the card will be refused because they’ll assume that the purchaser stole the card number.

In case you’re wondering, removing the CVV number from the back of the card won’t prevent you from using the card in a store. Local, in-person transactions will still go through just fine.

The only transactions that will be refused are online transactions where the physical card cannot be presented and verified.

If you’re wondering if removing the CVV number will prevent YOU from using your own card to make online purchases, the answer is it won’t – as long as you prepare in advance…

All you have to do is write down the CVV number and store it in a safe place.

When you need to make an online purchase simply retrieve the paper containing the CVV number from its storage location and enter the number when asked to do so.

When you’re ready to proceed, there are two ways to remove the CVV number from the back of a card:

1 – Use the edge of a knife to carefully scrape the numbers away (make sure you don’t damage the rest of the card!).

2 – Use a permanent marker to completely obscure the numbers.

As I mentioned earlier, removing the CVV number won’t prevent a thief from using your stolen card locally.

However, forcing him to use the card locally and in person will greatly increase the odds that he will get caught.

Most experienced thieves know this so there’s at least a decent chance that it won’t be used at all.

To finish up, here’s a fantastic short video that discusses the dangers of using a credit/debit card in a sit-down restaurant. Check it out!