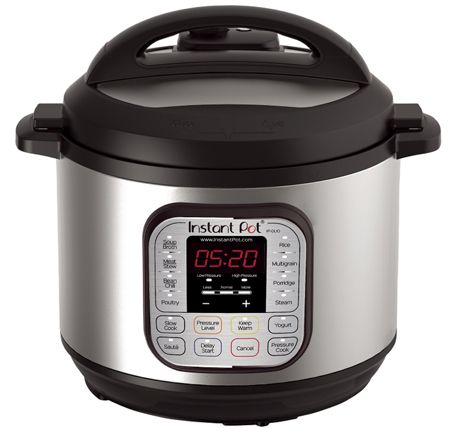 The other day I was browsing Reddit when I ran across an interesting discussion about the amazingly-popular Instant Pot.

As you probably know, this device is basically an electric pressure cooker that also replaces several other common kitchen appliances.

Truth be told, it’s one of the handiest gadgets you can have in your kitchen!

The discussion I mentioned above started when a lady asked folks to list their biggest likes and dislikes about the Instant Pot.

As you might expect, there were lots of responses with “likes”, but the only real “dislikes” I saw were the responses from people who said their Instant Pot was too large and they wished it was smaller.

I’m guessing those folks have one of the larger 6 quart or 8 quart Instant Pots, and those really can be over-kill when when you don’t need to cook for a small army.

Well I have good news for those folks: There’s actually a much smaller 3 quart version of the Instant Pot as well!

While the larger ones are just perfect for preparing family-sized meals, the 3 quart version is definitely better suited for those who only need to cook for one or two people.

Of course the smaller Instant Pot has the same exact features and capabilities as its larger cousins, but its smaller 3 quart capacity is just about right for lots of folks.

If you’re unfamiliar with the Instant Pot and the ways it can make your life in the kitchen better, the short video below explains why it has become the most popular kitchen appliance ever in a relatively short period of time!

Click here to read more about the Instant Pot on Amazon, including a mind-blowing 32,000+ overwhelmingly positive user reviews.