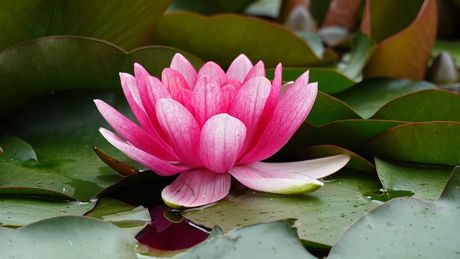 Are you planning to plant water lilies or some other type of aquatic plant(s) in a pond or stream on your property?

If so, you might first want to check to make sure planting them is legal in your state. In many of them, it isn’t!

Yes, it’s true. Many states have outlawed the introduction of non-native aquatic plants into any pond or stream that lies within their borders.

And yes, that does include the tiny plastic-lined fish ponds that many folks have installed in their yards.

What’s more, it’s even illegal to possess or transport non-native aquatic plants through some states, even if you’re taking them to a different state!

There are two primary reasons for these bans:

1 – Some aquatic plants can greatly reduce the oxygen level of the water that lies beneath the plants, causing harm to other plants and any wildlife that lives in and around the pond.

The laws concerning the possession, planting and transportation of water lilies and other aquatic plants vary state-by-state.

In some states, only one or two species are banned while in others virtually all of them are.

A handful of other states haven’t banned any of them at all.

This page lists the states that have placed bans on various species of water lilies and other aquatic plants.

Feel free to use that list as a general informational guide. Just be aware that it was compiled by a private company, not a state or government entity.

Caution: If you’re considering simply ignoring the law in your state and planting a banned species anyway, the penalties for doing that can be fairly severe depending on where you happen to live. Just sayin’.

Now that we have the serious stuff out of the way, check out this semi-humorous video of a man planting water lilies in a deep pond – while wearing a suit!