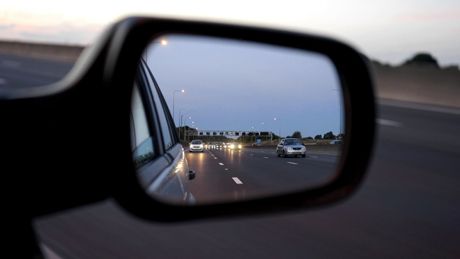 I’m sure you’ve probably seen the commercials for auto insurance where the narrator tells you that Company X won’t raise your insurance premiums if you have an accident.

They sure make “Accident Forgiveness” sound appealing, but is it really a good deal if you have to pay extra for it?

Well, the answer is maybe…

The first thing to consider is your driving record.

In order to even qualify for Accident Forgiveness your driving record must be spotless for the last 3 to 5 years, depending on the company.

That means if you qualify for Accident Forgiveness you might not even need it because you are obviously a very careful (and lucky) driver.

Of course we’re all human and we all make mistakes on occasion, but the fact is most careful drivers are never involved in an accident during their driving years.

The next thing to consider is the cost…

According to NerdWallet, adding Accident Forgiveness to an auto insurance policy can cost anywhere from 2% to 9% of the total premium amount, depending on the company.

That doesn’t sound like much, and it isn’t when compared to the actual premium amount.

But the thing is if you opt to pay for the additional coverage you’ll need to do it for anywhere from 3 to 5 years.

Let’s do a little math based upon amounts somewhere in the middle of those two variables: an extra 5% tacked on to the premium for 4 years.

According to the folks at PolicyGenius the average auto insurance premium is about $1,100 per year.

If we multiply $1,100 by 5% that amounts to an extra $55 per year that you’d have pay to add Accident Forgiveness to your policy.

That means if the numbers used above are pretty close to the situation you would face with your policy, you would end up paying an extra $220 for coverage that you’re likely to never even need.

If we stopped there it might be tempting to simply deduce that paying for Accident Forgiveness is a bad deal and leave it at that.

But guess what? It isn’t that simple…

According to the same article at NerdWallet, the average premium increase for drivers who cause an accident without being covered by Accident Forgiveness is a whopping $566 per year.

And they have to pay that extra amount for…you guessed it: 3 to 5 years.

Multiply the $566 in extra premium charges by the same 4 years we used in the previous examples and the total extra amount you would have to pay would be $2,224.

That means paying an extra $220 for Accident Forgiveness protection could potentially end up saving you $2,224!

At this point it seems like springing for the extra coverage should be a no-brainer, right?

Well, in my opinion it is.

It’s true that if you opt for Accident Forgiveness you could well end up spending that money for nothing if you never have an accident.

But it’s just as true that skipping it could end up costing you 10 times as much!

Bottom line: Whether you should opt to pay extra to add Accident Forgiveness to your policy is entirely up to you.

Carefully consider your own personal financial situation and your tolerance for risk, then make your decision.

If you could easily afford to cover the roughly 2 grand it would cost you if you do end up having an accident you could save what you’d pay for Accident Forgiveness coverage and apply that amount to any future premium increases.

But if having to pay an extra $566 per year would seriously strain your budget you’d probably be better off paying to add the Accident Forgiveness coverage.

Of course if your insurance company provides Accident Forgiveness at no additional cost (and some do) this entire issue is moot.

Just make sure you don’t end up paying more for that policy than you would a comparable policy that doesn’t come with the “free” Accident Forgiveness coverage!

Bonus tip: Want to save some serious cash on your base auto insurance premiums? Watch the short video below for several awesome tips.