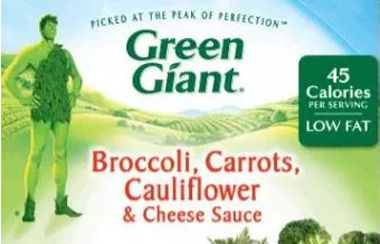 If you recently made the decision to try to eat healthier meals, there’s something you really need to know…

Some meals that are labeled as “Healthy” meals really aren’t very healthy at all.

These days most grocery stores have “Healthy Meals” sections that offer prepared frozen or canned food items that are low in fat and sugar.

But there’s a problem: Many of those “Healthy” foods come with way too much sodium!

For example, check out this nutrition label from a package of frozen Green Giant vegetables: 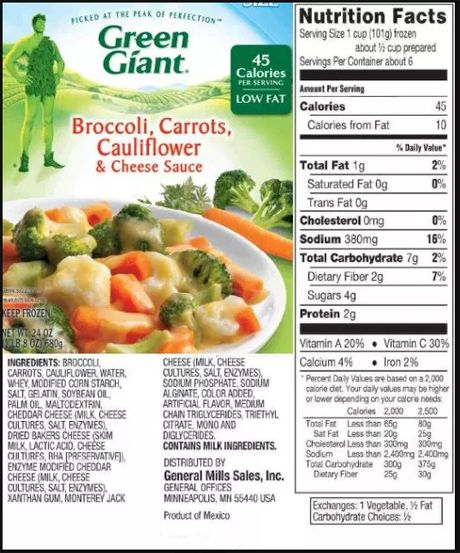 Take a close look and you’ll see the following…

Sounds pretty good, right? Those values should fit right in with any diet.

However, there’s another ingredient listed that should raise a huge red flag…

Now that might sound like a reasonable amount, but is it really? Let’s take a closer look…

That 380mg of sodium is for just one serving. In other words, that amount is in about 1/2 cup of vegetables, not the entire package!

Since the entire package only contains about three cups of vegetables, one person could easily eat it all and have room left over for something else to eat along with it.

If you were to eat all three cups of the vegetables in this small package you would end up consuming a whopping 2,280mg of sodium.

And that doesn’t even include the sodium that would be in anything else that you ate or drank along with the vegetables!

According to the U.S. Food and Drug Administration, the maximum recommended daily allowance of sodium for an adult is 2,300mg per day. That’s about one teaspoon.

That means this one package of frozen vegetables contains an entire day’s recommended allowance of sodium all by itself!

If you drink most anything besides water and/or eat anything else along with the vegetables you’ll end up consuming way more than the recommended daily amount just during that one meal.

And as you probably know, regularly eating too much sodium can lead to some very serious health problems.

Bottom line: Just because a food product is sold in the “Healthy Foods” section or the label says “Low Fat” or “Low in Calories”, that doesn’t necessarily mean it’s truly healthy.

And the problem is compounded if you routinely eat more than a single serving (and many of us do that on a regular basis).

In case you’re wondering, I’m not trying to pick on the “Green Giant” brand here. I just used this particular product as an example because I had ready access to it.

Everything I’ve said above applies equally to most any brand you’ll find in your local grocery store. Green Giant is really no worse than any of the others.

The next time you’re out shopping for some “healthy” food items take a moment to look at the nutrition labels. You just might be shocked to learn how much sodium is in there!

And finally, here’s a very short video from the Mayo Clinic that explains how to spice things up to lower your salt intake. Check it out!