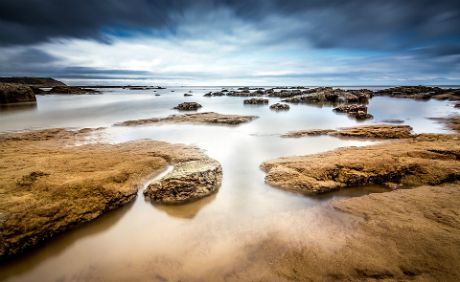 Question from Barbara F.:  I was watching the news a while back and they said a Tsunami had completely destroyed a village and killed a bunch of people.

As they were interviewing people about it someone mentioned that this was one of the worst tidal waves ever. The reporter told her this wasn’t a tidal wave. He said it was actually a tsunami.

I always thought tidal waves and tsunamis were the same thing, but I guess not.

So what’s the difference between a tsunami and a tidal wave?

Rick’s answer:  This is a common source of confusion Barbara, but tidal waves and tsunamis are indeed different things with different causes.

A tidal wave is caused by the gravitational pull of the moon and the other planets in our solar system on the water in the earth’s oceans.

While tidal waves can reach heights as great as 50 feet, they are usually not destructive in nature and they are extremely predictable.

A tsunami is caused when an earthquake, volcanic eruption and/or undersea landslide displaces a massive amount of ocean water in a very short period of time.

As was the case with the one that was recently in the news, tsunamis are often very destructive.

They also tend to cause numerous casualties since they sometimes make landfall with little or no warning.

As you can see, tidal waves are usually pleasant events for us humans while tsunamis are the fodder of nightmares.

Once you understand what causes a tsunami, no further explanation is really necessary.

Tidal waves are a little more complicated, however.

The video below offers an excellent detailed explanation of how gravitational forces affect the waters in the earth’s oceans.